Importance of Hijab in Islam

Importance of Hijab in Islam.

The Arabic word hijab means “barrier” or “partition.” However, it has a wider meaning in Islam. It is a concept of modesty that covers both male and female conduct and dress. In Islam hijab has its own importance. Hijab is the women’s cloth which she should wear while going outside the house. In Islam, there are many ayats for the hijab. Hijab is the beauty of Muslim women in Islam. Hijab is the protection of the women from evil eyes.

The Hijab, or veil, is actually one of the most divisive topics in both Muslim countries and the Western world, where it triggers mass hysteria. The “veil” is undeniably at the heart of a complex topic that is connected -in a very perplexing way- to various topics. Such as tradition, modernity, equality, women’s bodies, identity tragedies, and the difficulty of coexistence in multicultural societies. Hijab has its own importance in Islam. Islam gives rights to women so that women will be saved in this world.

O Prophet ! Ask your wives, daughters, and believing women to draw their cloaks over their bodies. In this way it is more likely that they will be recognized ˹as virtuous˺ and not be harassed. And Allah is All-Forgiving, Most Merciful

In some ways, the hijab is a Muslim woman’s primary identifier. Islam, on the other hand, grants women rights both at home and in society. They also have the right to work for themselves, to buy and own property. To be educated, to be entitled to a family inheritance. to be treated with love, to vote, to keep their maiden names, and to divorce. You may have noticed that Muslim women receive the best education.

In Islam, women are regarded with respect and granted the highest status. Hijab is more than just a fashion statement; it reflects something deeper. It is a barrier between a man and a Muslim woman, for example. Hijab, in turn, offers spiritual and physical peace and harmony to Muslim women. 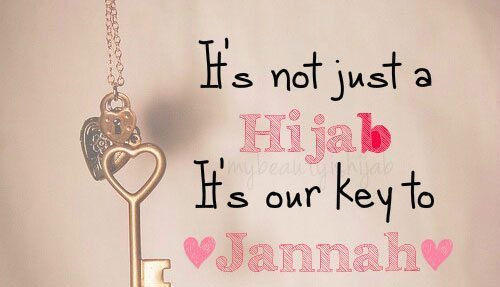